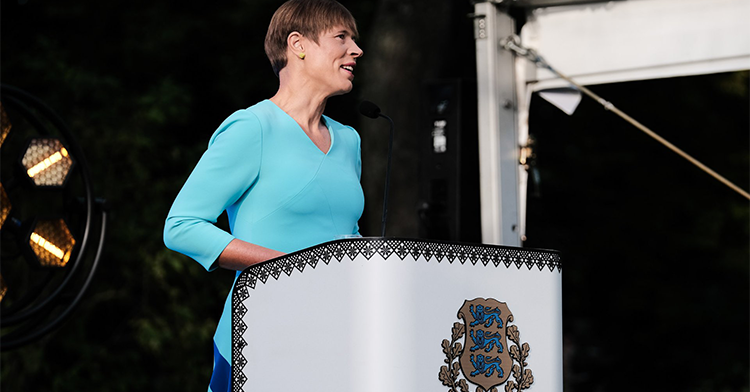 Estonia proposed President Kersti Kaljulaid as the Estonian candidate for the position of the secretary general of the OECD on Thursday. Kaljulaid said Estonia's reforms over the last 30 years can help with the next great global transition.

The Estonian Ambassador to the OECD Clyde Kull handed over the documents on Thursday. President Kaljulaid will give an overview of her positions and vision at a virtual event on October 5.

The Organisation for Economic Co-operation and Development is an intergovernmental economic organisation with 37 member countries, founded in 1961 to stimulate economic progress and world trade.

Kaljulaid said: "In 2020, we are living in period of Great Transition. The transition from industrial to the digital economy, and from fossil fuel to clean energy. As a firm believer in multilateralism, I see the OECD as an enabler for its global community of developed nations taking an active role in bringing together the best knowledge globally to help the governments cope with these changes."

She said Estonia regained its independence in 1991 and with 30 years has gone through comprehensive, rapid and successful reforms, has built the first truly digital society and developed one of the best education systems in the world according to OECD.

"These are the experiences I want to bring to the OECD in order to be prepared for the challenges we will face in the next decades," Kaljulaid said.