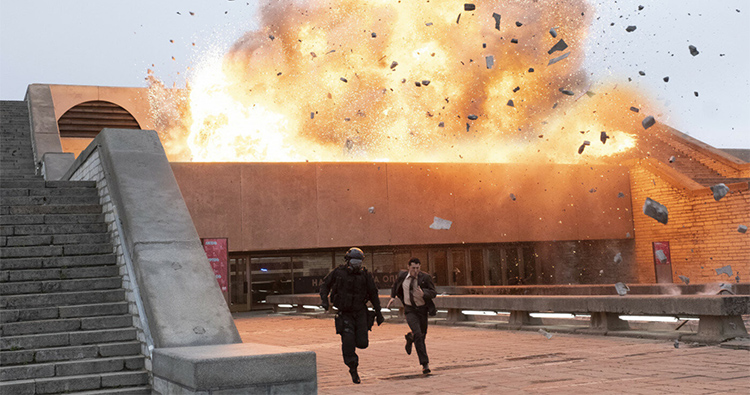 The long-awaited Christopher Nolan movie "Tenet", parts of which were filmed in Tallinn, set an all-time box office record over its first weekend in the cinemas, both in terms of receipts and numbers of cinema goers.

53,194 people went to see "Tenet" over the weekend, overtaking last year's "Tõde ja Õigus", a remake of part of the Anton Hansen Tammsaare pentalogy of the same name, which picked up 51,238 in its first days, ERR's Culture portal reports.

Key scenes in "Tenet", the movie hailed to rescue the industry post-coronavirus and whose release had been put back from July, were filmed last summer on Laagna tee, the Linnahall, Pärnu mnt and other locations in the Estonian capital. Nolan, along with stars John David Washington, Elizabeth Debicki and Robert Pattinson, were all in town while the film was being made.

"Tenet" has been shown in virtually all working cinemas nationwide, from the largest multiplexes to the smallest art theaters.