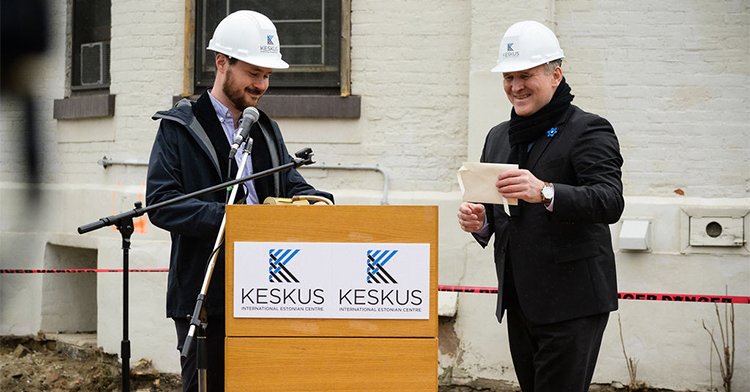 April 8, 2022 was a historic day for Estonians in Canada and around the world, as an energetic crowd turned out to witness and celebrate the momentous event of breaking ground for KESKUS International Estonian Centre. Attending were Estonians, friends and families of Estonians as well as neighbours from the Annex area of Toronto in which KESKUS is located.

Click to view video coverage of the event on ERR (Estonian Public Broadcasting).

KESKUS will be the cornerstone of Estonian culture, business and community relations in Toronto and in North America. The centre will be built by the Estonian community in Canada and is the first of its kind in over half a century.

Special guest, the Right Honourable Adrienne Clarkson, former Governor-General of Canada lives in Toronto’s Annex and noted that as a refugee herself, she understands well the bonds that tie Canada together.

Also making remarks was Toomas Lukk, Estonia’s Ambassador to Canada and long-time supporter of KESKUS. “For KESKUS, this landmark international centre, to go from dream to reality is a great source of pride for Estonia and for Estonians everywhere,” says Ambassador Lukk. “With the Centre’s courtyard shaped like the borders of Estonia itself, we’re now one step closer to seeing the very map of Estonia fixed onto the heart of North America’s fourth largest city.” 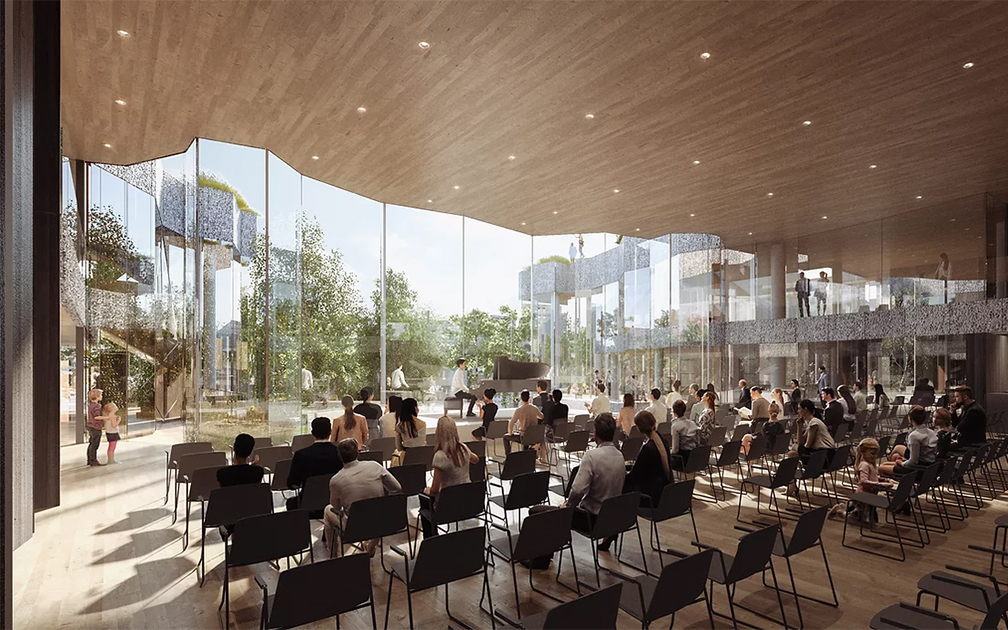 “When Estonians first arrived in Canada, they daily endeavoured to keep Estonian heritage and culture thriving for generations to come, and KESKUS is the evolution of that drive,” says Ellen Valter, KESKUS project lead. “KESKUS will not only showcase what is Estonia and the Estonian diaspora, but it will be our global home, where we can share what it means to be Estonian, with each other and the world.”