The Baltic communities in Canada will commemorate the 80th anniversary of the Soviet deportations in Estonia, Latvia and Lithuania on June 14,1941 and will honour the tens of thousands of victims - mostly women and children - with a candle lighting commemoration at Toronto’s Nathan Phillips Square at 7pm, June 14th, 2021.

In August 1939, the Soviet Union signed a friendship treaty with Nazi Germany that facilitated the coordinated start of WWII, when Stalin’s Red Army and Hitler’s forces attacked Poland. The treaty, known as the Molotov-Ribbentrop Pact, carved up Europe between the Soviets and Nazis, whereby Estonia, Latvia and Lithuanian were assigned to Stalin for violent annexation and colonization.

In order to break down resistance against Soviet colonization, Stalin ordered mass arrests and deportations to forcibly displace indigenous populations and secure the illegal Soviet annexation of all three Baltic nations.

The violent terror that Stalin imposed on the Baltic States, provoked a mass exodus of refugees in 1944, who fled the return of advancing Soviet forces - which brought with it mass human rights abuses and a new wave of repressions.

Millions fled, many arriving in Canada, where they found refuge and have contributed to building the prosperous, just and tolerant nation we know today.

Respecting COVID social distancing protocols, members of the Baltic communities are invited to individually place a candle (provided) at Nathan Phillips Square in Toronto between 7-8pm, in memory of the over 40,000 people deported on the night of June 14, 1941 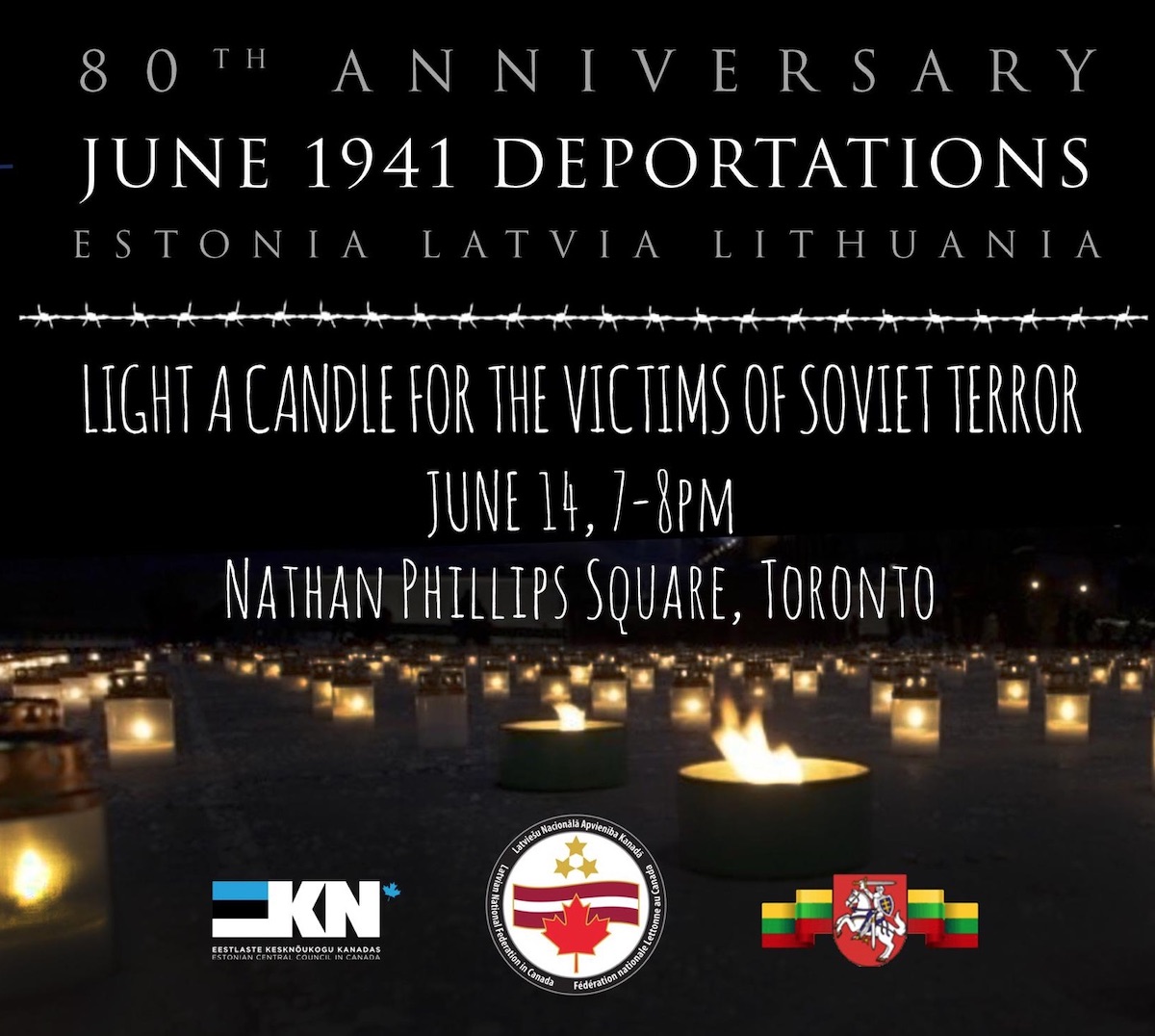