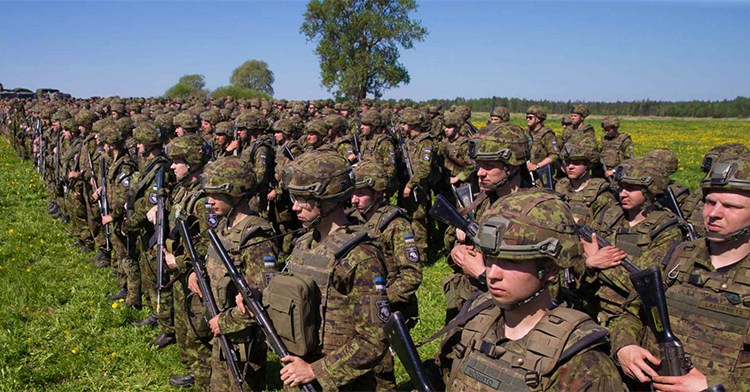 Survey: A total of 81% of Estonia´s residents consider it necessary to provide armed resistance in the event of an attack, and more than half support raising defence spending

The results of a public opinion survey commissioned by the Ministry of Defence of Estonia revealed that Estonian people’s will to defend and their belief that Estonia would be able to resist until the arrival of its Allies has risen significantly in light of the Ukrainian war. There has also been a growing willingness to engage in defence activities and the conviction that armed resistance must be provided in the event of an attack.

“In general, we can say that the residents of Estonia both support and are personally ready to defend Estonia. We can be certain that we are ready to stand together and fight for Estonian freedom as firmly as we stood for freedom at the end of the eighties and beginning of the nineties,” said Minister of Defence Hanno Pevkur on the results of the survey published today.

“It is worth noting that half of residents consider it necessary to raise defence spending. In the near future, Estonia will face a series of very important investments to strengthen its defence capability, and it is good to know that the residents of Estonian have faith in how the defence sector is spending this money, and consider investments in security and national defence to be important,” said Minister of Defence Pevkur.

51% of residents are in favour of raising defence spending (31% in 2021). This year, the Government of the Republic has approved two additional packages to strengthen Estonia’s military defence in the amount of EUR 816 million. Defence spending represents 2.3% of GDP this year.

The 2022 Public Opinion Survey, commissioned by the Ministry of Defence, took place between March and early April. The sample consisted of 1200 residents of Estonia aged 15–74, and online and telephone surveys were combined as the survey method.