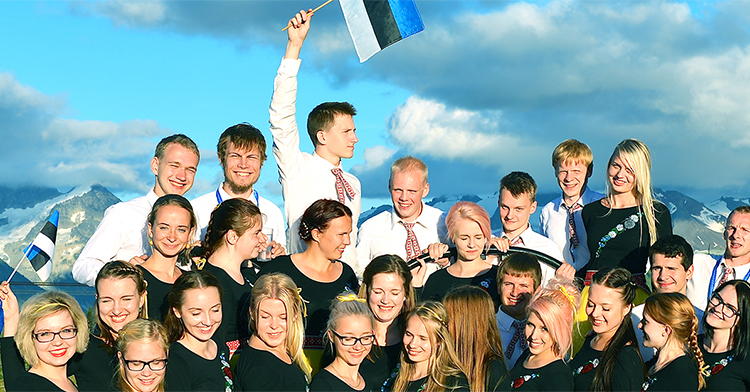 The Ministry of Foreign Affairs in cooperation with the Integration Foundation have opened a call for proposals for projects launched on the initiative of foreign Estonian communities to strengthen their ties with Estonia, contribute to the preservation of Estonian identity among Estonians around the world and increase awareness of diaspora activities in Estonia. Applications are open until 5th September.

‘We’ll be supporting activities that boost the sense of belonging between foreign Estonian communities and their homeland,’ explained Kaire Cocker, Head of the Compatriots Service at the Integration Foundation. ‘They could be anything from cultural, business and research projects to a wide range of events as well as increasing the awareness of diaspora activities in Estonia. A priority of the project support program will be activities aimed at youth and young people’.

The budget is € 55,000, with a maximum of € 5,000 being allocated to any one project. Applicants are only permitted to submit one application. The deadline for the submission of applications is 23:59 on 5th September 2022. The terms and conditions on how to apply can be found on the Integration Foundation’s website.

E-consultation will take place on the 11th of August 2022 at 16.00 via Teams, please register by emailing kaire.cocker@integratsioon.ee.

‘For example, the Tuglas Society operating in Finland was able to organise the fortieth anniversary of the society thanks to support from the project. This allowed celebrating cultural cooperation between Estonia and Finland, strengthening friendship ties between the neighbouring countries, and maintaining contact with the Estonian community living in Finland. The presidents and cultural figures of both countries gave a speech at the event, there was reminiscing about the past and panel discussions looking to the future, and the participants could enjoy music performed by the Puuluup ensemble, combining folk music and new musical styles,’ commented Head of the Compatriots Service Kaire Cocker. ‘Thanks to the support measure, the annual Sõrve Summer Camp for Estonian expatriates in Sydney, Australia was able to organise a special programme for young children, which included Estonian language courses and introduced them to Estonian songs, poems, and folk dances’, added Kaire Cocker.

The application round is being financed by the Ministry of Foreign Affairs.