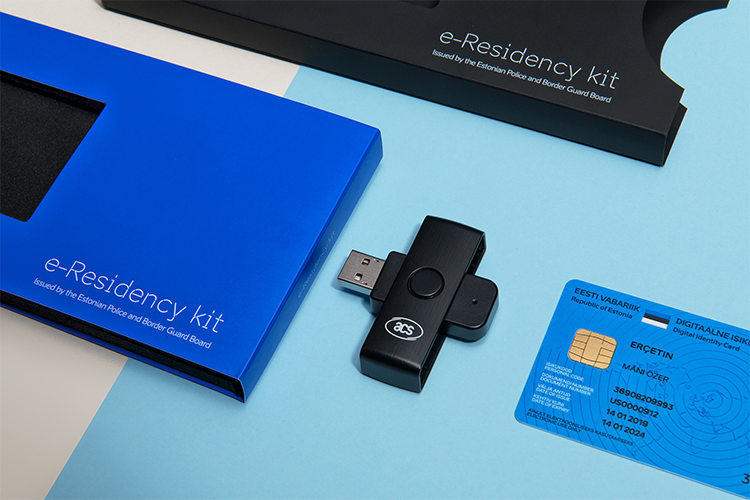 Tax take from Estonia's e-residency system rose by around a third on year to 2020, state agency Enterprise Estonia reports, a record year in terms of direct economic impact since the system was launched in 2014.

Companies set up by individuals all over the world who are registered e-residents paid in close to €17.5 million to Estonian state coffers in 2020.

Lauri Haav, e-Residency programme Managing Director, says the results allow for even more ambitious objectives, along with both the fact that those existing firms established by e-residents continue to grow and expand, and that e-residents continue to create thousands of new companies each year, many of which show plenty of international promise.

In fact, around a fifth of new Estonian companies in recent years have been founded by e-residents, Haav went on.

Haav, who became e-Residency chief last December, said: "Over the past three years, nearly 20 percent of all private limited companies registered in Estonia have been established by e-residents."

"Additionally, the programme has made a significant contribution to the enlargement and diversification of the Estonian economy," said Haav, according to an Enterprise Estonia press release.

As for location of the most significant contributors, e-residents in the U.S., as well as in Finland, Sweden, Russia and Ukraine, topped the table, which as Enterprise Estonia points out covers a comparatively large range of nations in terms of development and wealth.

Meanwhile, IT and entrepreneurship minister Andres Sutt (Reform), who has referred to e-Residency as the "calling card" for Estonia's digital society, says the tax take rise is proof positive of the programme's success and rationale, particularly for a small country like Estonia

"The e-Residency programme has spurred innovative rethinking of traditional business models and provides a flexible platform for a new generation of entrepreneurs," Sutt said.

The development works in another way, Sutt added; e-Residents also make up significant customer bases for many Estonian companies, meaning that the programme developing further has a knock-on effect on the Estonian economy this way round too.

Since 2014, the programme has led to around 54 million being paid into state coffers in Estonia, Enterprise Estonia says.

Most companies are small, agile affairs and are as often as not sole proprietorships, Lauri Haav said, particularly in high added-value sectors like IT.

The ongoing coronavirus pandemic, with all its movement restrictions and other considerations, has further justified the existence of the scheme (which has more recently been aped by nearby Lithuania – ed.).

The programme has garnered legions of loyal devotees from all over the world due to its inherent digital sustainability and security, as well as Estonia's business environment, which is already known for its transparency and minimal red tape, Enterprise Estonia says.

E-Residents receive a digital ID card, in much the same way that physical residents (not citizens) in Estonia also do.

Around 80,000 e-Residents have signed up so far, establishing 16,000 companies in Estonia.