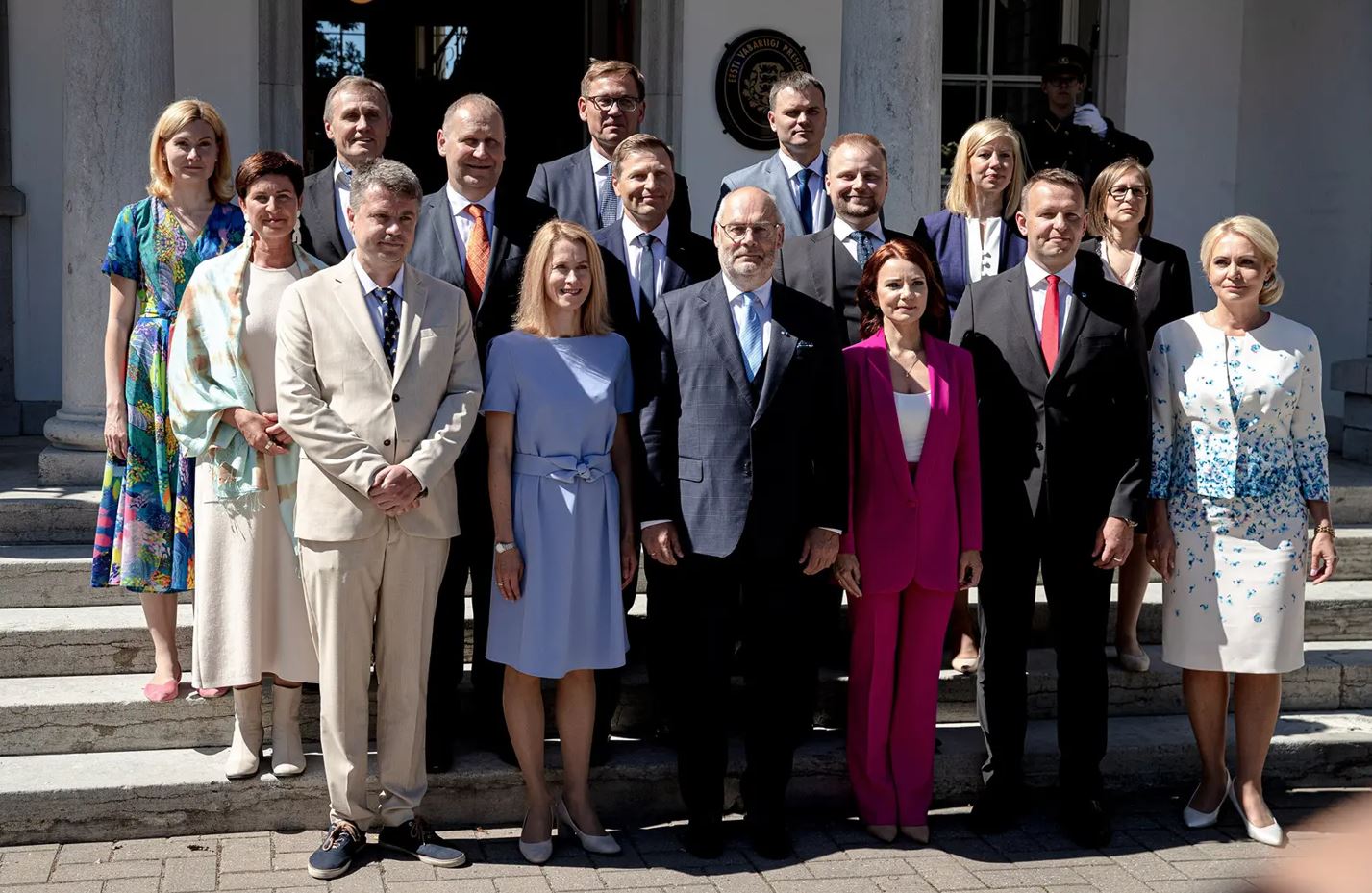 Ministers from Estonia's next coalition took the oath of office, starting their eight-month term in power.

Prime Minister Kaja Kallas (Reformierakond) and her 14 ministers were sworn in in front of the Riigikogu. The will be 15 ministers in the new coalition, five from each party. Six of the proposed ministers have no previous ministerial experience and five of those are not sitting members of the Riigikogu. Four ministers will continue in their previous positions. Of the 15 ministers, seven are women, including the prime minister.

The coalition replaces Kallas' minority government which had been in place since early June. It will be in office for eight months, through the next Riigikogu elections to take place in March 2023.