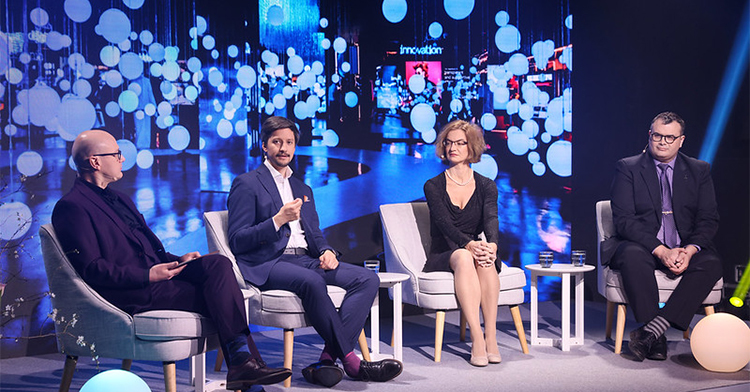 Watch the exciting discussions and wonderful songs of Mari Kalkun at the virtual forum held on 5 May. There are some famous surprise guests as well. Watch it and share it with your friends to boost the global Estonian network.

Some questions were left unanswered at the forum and you can find the responses below.

• It seems Finland and Sweden are finally ready to join NATO. How will it change Estonia’s security situation?

With Finland and Sweden joining NATO, the Alliance’s area of responsibility will expand to cover the entire Baltic Sea region and Scandinavia. Therefore, the land, sea and airspace of both countries will be at the disposal of NATO member states when they draw up their defence plans. Additionally, both countries have well-trained defence forces with top-notch equipment and they have demonstrated their interoperability with NATO at various joint exercises. Finally, the citizens of both countries have a robust and strong defence resolve. The training model for the reserve army of Finland is similar to that of Estonia, i.e. it is based on conscription and the wartime troops number around 250 000. In 2018, the Swedes reinstated the creation of reserve units based on conscription, however, like in Estonia, in addition to their armed forces, the Swedes also have an active defence league with long traditions (Hemvärnet).

• I would like to have more information on how I could help the Estonian Defence League abroad. Is it correct that you do not need an Estonian passport to do this?

Before Russia’s direct military aggression in Ukraine, the Defence League was preparing an initiative that would have formed a separate unit of Finns attached to the Tallinn district. However, in light of the previous response, this issue is no longer relevant. At the same time, the larger districts – Tallinn and Tartu – have several foreigners who have joined the Estonian Defence League, so not having an Estonian passport is not an obstacle. The website of the Defence League (https://www.kaitseliit.ee/et/tule-kaitseliitu) has general information on the differences between active members and supporters and their competences based on the Estonian Defence League Act. I recommend contacting the specific district of the Defence League to discuss practical details and your options.