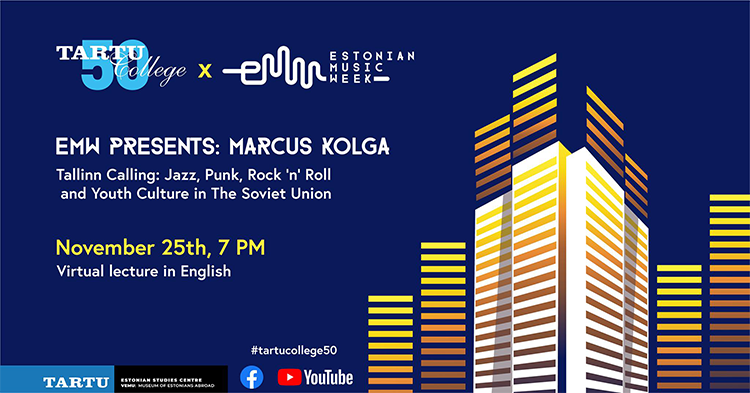 The youthful impulse for independence: to express individuality and challenge the established boundaries and rules is a universal desire that lives inside all young people, regardless of borders, governments or time.

Over the past century, since the introduction of recorded music and radio, music has provided the soundtrack to youthful expression from jazz to rock and roll and punk rock. Despite Soviet censors that tried to filter and restrict the kinds of culture Estonians and Estonian youth were exposed to - popular music still managed to slip through the Soviet Union's repressive cracks and into a growing subculture in Estonia and beyond. From the legendary 1967 Lloyd Charles concert in Tallinn, to Akvarium's chaotic performance at Tblisi '80, to Propeller's punk rock uprising in September 1980 at Kadriorg Stadium and the formation of DDT in Cherepovits - a band that still strikes fear into Vladimir Putin - this is the story of rock and roll and youth culture in Estonia and the Soviet Union.

Marcus Kolga is an international award winning documentary filmmaker, journalist, digital communications strategist, and a leading Canadian expert on Russian and Central and Eastern European issues. Marcus has a focus on communications and media strategies as tools of foreign policy and defence, and continues to write commentary for national and international media including the Globe and Mail and Toronto Star. He frequently comments on Russian, Eastern and Central European issues on North American radio and television and at foreign policy conferences. Marcus is involved with international human rights organizations and national political organizations. In 2015, Marcus was awarded the Estonian Order of the White Star by President Toomas Hendrik Ilves.