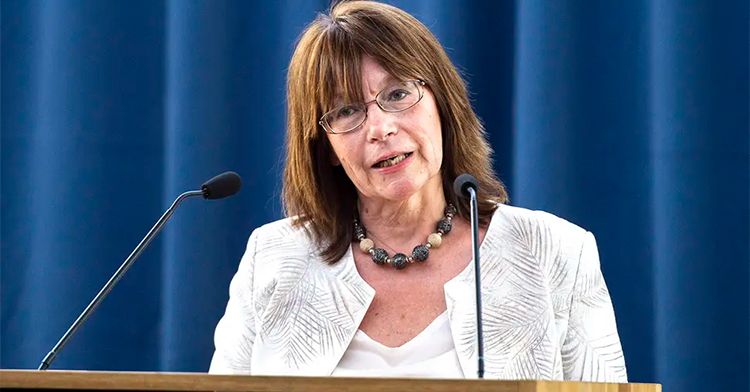 Young Estonians studying abroad often have a desire to come (back) to Estonia after their studies, but in the time they spend outside the country, they either establish their professional network abroad or are unable to develop one in Estonia. At the same time, Estonian employers are increasingly interested in hiring people with international experience and a network of (professional) contacts, writes Marin Mõttus, director general of the Department of the Global Estonian Diaspora and Cultural Diplomacy at the Estonian Ministry of Foreign Affairs.

If you take tram number four from Viru väljak towards the airport and get off at the Ülemiste quarter, you will find yourself in the bustling hub of Estonian start-ups and digital solutions, just a quarter of an hour from the immediate vicinity of (Tallinn's) medieval Old Town. You can hear many different languages there, but at the same time the Estonian feel, flavor and style are all present, and hopefully will stay that way. Some even talk of Estonia as their own little Silicon Valley.

However, the opportunities for modern technology here are comparable to, or even better than, elsewhere. And this is because many successful and open-minded Estonians have made two important decisions in their lives: to study and broaden their horizons amongst the world's top minds, and also to come back to Estonia, bringing this knowledge with them.

Thousands of young Estonians are currently living, studying and working abroad, either permanently or temporarily, yet their work or studies have no connection to Estonia

Why shouldn't young Estonians born or raised abroad be educated in our world-class universities? Or, why don't they complete their higher education abroad, but (also) do an internship and later work for a high-flying Estonian start-up? Or, perhaps continue their research in a foreign university, but study topics related to Estonia and in cooperation with Estonian researchers?

Every bright young person is an important asset and opportunity for Estonia. That is why the state is taking more and more steps to ensure that these young people continue to feel a connection and a sense of belonging to Estonia, and that they decide to tie their future to the country in one way or another.

In addition to this, many young people of Estonian origin have never lived in Estonia, a decision which was made for them by their parents or even grandparents; many have spent years away from Estonia due to their studies or because they want to test themselves in the wider world.

Yet, the desire to stay connected to Estonia is (still) there. The most comprehensive survey of Estonian communities abroad to date concludes that almost all Estonians living outside the country maintain some form of connection to Estonia.

Only two per cent of respondents admitted they have essentially no connection with Estonia - this is a choice, and one they are free to make. For the remaining 98 percent of course, there are a wide variety of ways in which they feel connected to Estonia: for some it is through relatives and friends, for others it is (the place of) their grandparents' country home, while to others still, it may because of the good study or career opportunities (available). What can we do to strengthen this bond?

Every summer, there are Estonian language and culture camps for children and young people, who live abroad, which are held both in Estonia and around the world. They are very popular with young people and for some, it is there that a consciously closer personal connection with Estonia begins to develop, through the Estonian friends they make at camp for instance. No information channel created by the state can (fully) convey what topics are at the forefront of young people's minds, whose music they are listening to at the moment, how they feel in the urban space or what fun festival their peers in their home village have put on - only a friend living in Estonia can do that.

For many (Estonians living abroad), Estonian schools and recreational centers around the world, which do a very worthwhile job, are the main link to home. Estonian education is one of our calling cards: Estonia as an "education nation". With this in mind, it seems strange that while many foreign students study at our universities, young Estonians living abroad have very little information about educational opportunities in Estonia.

Young people of Estonian origin can also apply for state scholarships when they enter the Estonian higher or further education system. We should introduce them to these opportunities much more systematically than we do currently.

Young Estonians studying abroad often have a desire to come (back) to Estonia after their studies, but in the time the spend outside the country, they also establish their professional network abroad or are unable to develop one in Estonia. This makes entering the Estonian labor market more difficult. At the same time, Estonian employers are increasingly interested in hiring people with international experience and a network of (professional) contacts.

In order to bring these parties together, this year for the first time we offered young people of Estonian origin who live abroad, work placement scholarships in Estonia. This will allow them to test themselves professionally in Estonia and thereby develop a local network of contacts in their field, while at the same time sharing their knowledge, experience and international contacts here. No less important is the time spent living amongst the Estonian-speaking society and culture.

Estonia offers advantages you might not think of at first. Our country is small and everyone is closer to each other than in large societies, so it's easier to gain access to important decisions, exciting people and important processes.

For example, I recall a conversation in which a young Estonian, born and raised abroad, compared the internship he had done alongside studying at college in North America, with one he did in Estonia.

While in the former case, the trainee was only trusted to assist people doing the work and just shown the "real" work from a distance, in Estonia he was treated as an equal: he was allowed to attend all important meetings and took part in discussions with company and organizational leaders. This is an experience that a bright young person can appreciate, so let's offer it more openly.

What matters is how Estonia is seen from outside. The Estonia our expatriates want to associate themselves with could be a bright, open, flexible and innovative country, where opportunities are not limited by hierarchies that are difficult to overcome and there are no glass ceilings or artificial barriers for entrepreneurs.

Here, it is very appropriate to borrow something from the philosophy of the Estonian national defense: every twig counts. Every Estonian, whether young or old, whether living in Estonia or far away from the territory of Estonia, is important to Estonia, and through his or her sense of belonging, he or she makes Estonia stronger.

Every one of those tens of thousands of Estonians abroad make Estonia bigger in their own way, and a sense of belonging to Estonia does not automatically mean that (the same feeling) cannot exist towards another country, because one does not replace the other, they complement each other.