Merike Barborak: Director of the Estonian School in New York 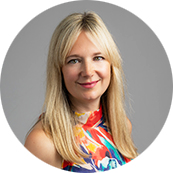 Merike Barborak: Director of the Estonian School in New York

Dear Estonians and friends of Estonia across the world,

Estonians celebrate September as the Month of Knowledge, as people are ready for learning again after enjoying the summer. Estonian schools across the world also open again in September. During the summer, teachers have collected new ideas, many children have been able to spend their holidays in Estonia or in camps for expat Estonians, practiced speaking in our special secret language and once again been convinced that Estonia and Estonian is cool.

Fittingly, Grandparents Day is also celebrated in September. After all, it is grandparents who share the knowledge that is passed on through generations. For Estonian children living abroad, their beloved grandmothers and grandfathers are often the reason they make an extra effort to learn Estonian.

I would like to wish you all a fun new (school) year and many happy discoveries in learning and speaking our special language!

To learn Estonian, you do not always need to drive tens or hundreds of kilometres to reach your nearest Estonian School. For ten years now, the Üleilmakool based in Finland has been offering courses for all language levels and age groups and there are enthusiastic students across the world. Various applications and online courses for independent learners have been developed both in the private sector and with state support. There are many options. The pandemic demonstrated that successful language studies are possible via screens. However, there is something missing. No online course can substitute the experience of learning and growing together offered by the Estonian community.

As the often repeated African proverb goes, “It takes a village to raise a child”, I would claim that it takes “an expat Estonian village” to raise one expat Estonian. Language learning alone will not be enough if the children have no connection to their peers or do not attend the community’s Midsummer parties, Independence Day celebrations or learn how to make blood sausage together. The basis for a sustainable and forward-looking community is often a strong school with a sense of unity, and the friendships made there maintain the vibrant Estonian identity.

The New York Estonian School was established as early as 1934 and it has had hundreds of students, most of whom have remained connected to all things Estonian or to Estonian communities in one way or another. While their language skills may not always be perfect, they have gained so much more in these schools: good friends, fond memories and most importantly – love of Estonian language and culture.

Read more about the Estonian School in New York (in Estonian)