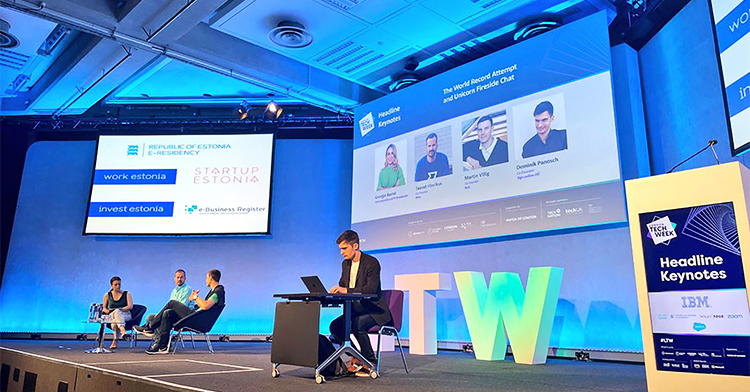 An Estonian startup was created from scratch in a world record breaking 15 minutes at London Tech Week.

The Republic of Estonia beat its own record for the time taken to set up a business virtually, demonstrating the ease by which entrepreneurs can benefit from the country’s pioneering e-Residency programme. The new world record is 15 minutes and 33 seconds.

Austrian entrepreneur Dominik Panosch, an e-resident of Estonia, today started up a new Estonian business from scratch, at a live event hosted by e-Residency Estonia in partnership with Invest Estonia, Startup Estonia and Work in Estonia at London Tech Week. He beat Estonia’s previous record of 18 minutes and 3 seconds.

The event was attended by Estonian government representatives, including Estonian Ambassador to the UK, Viljar Lubi, as well as Lauri Haav, Managing Director of e-Residency. Martin Villig, co-founder of the super-app Bolt and Taavet Hinrikus co-founder of global FinTech company Wise (formerly TransferWise), and a new startup Certific, also attended.

Since it launched in 2014, Estonia’s e-Residency programme has attracted over 93,000 e-residents from 179 countries, resulting in over 21,000 new Estonian companies with more than 10 bn euros in cumulative turnover to date. This new record further cements the country’s reputation as a Digital Growth Gateway for entrepreneurs, startups and scale-ups.