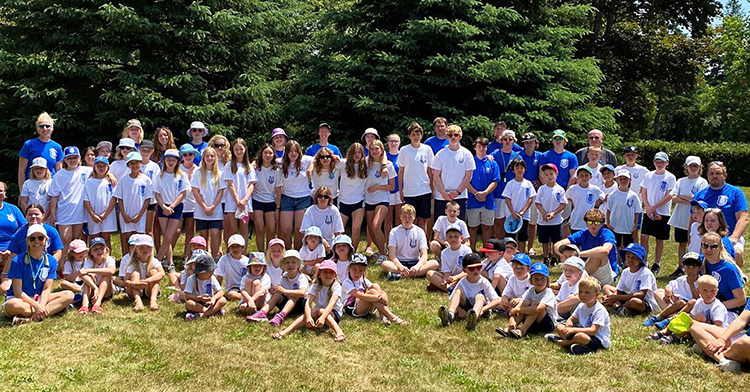 The final report of the study "Estonian Communities Abroad: Identity, Attitudes and Expectations Towards Estonia" conducted by the Institute of Baltic Studies is now ready for everyone to read. The study is the most extensive undertaking to map the Estonian communities living abroad and to make them aware of their worries and joys.

Read the report (in Estonian):

Between 150 000 and 200 000 Estonians live abroad, which is 15% of the Estonian population. They are connected to Estonia in diverse ways – each has its own story and reasons for emigrating. Some of them represent a new generation of people: who were not born in Estonia or have never visited the country. Nonetheless, Estonia continues to want to keep in touch with all currently away from it and value every Estonian, regardless of their origin, migration background, or place of residence.

A study was conducted to gain a better insight into this target group. It had two main objectives: firstly, to understand and provide an overview of the current state of Estonian “diaspora” – their numbers, profiles, communities, attitudes, and expectations towards the Estonian state (including possible return); and secondly, based on the results and conclusions of the study, to provide input to policy-making, primarily to the Global Estonia Programme (GEP), and other related programs or policies.

During the study, an analysis of secondary sources was carried out, and a theoretical framework for the study was developed based on previous literature. Using this framework and the research questions set out in the baseline, two data collection instruments were designed: in-depth interviews and a global questionnaire. The main findings and conclusions of the final report of this study are derived from the analysis and synthesis of the results of these two data collection instruments. The study’s methodology is briefly described in chapter two of the report and in more detail in the annex.

The results of this study show that Estonian foreign communities, considering their permanent lives outside Estonia, are in no way distant or alienated from it. They are not a completely different or separate community compared to Estonians living in Estonia. On the contrary – they are strongly connected to the country psychologically and sometimes physically. Even though most of them are satisfied with and settled in their (new) country of residence, they have a strong sense of belonging to Estonia, they actively engage with it in diverse ways, from interacting with Estonians in their country of residence through local Estonian communities, organizations, activities, and new media networks (social media) to physically visiting Estonia. More than half celebrate Estonian holidays, and like Estonians living in Estonia, they are active in exercising their right to vote through voting in Estonian elections. A substantial proportion of families wish to pass on the Estonian language, culture, and customs to their children, and the vast majority also want to retain their Estonian citizenship.

At the same time, we see that Estonia’s “diaspora” is remarkably diverse – there is no such thing as an ideal-typical “Estonian living abroad” just as well there is no single and coherent “Estonian foreign community”. The reasons for the emigration of Estonians are increasingly varied and combine with several factors that cause and encourage emigration. More than one-fifth of the Estonian foreign community is of dual or multiple citizenships, and there are significant differences in attitudes between age groups and generations. More than half of the families are mixed families (where one parent is Estonian and the other is of another nationality, and where different languages are spoken at home, including with children), and even if most of the Estonians living abroad have Estonian as their mother tongue, around one-fifth of them already have a level of proficiency in Estonian below the native level. In terms of a sense of belonging, we see that a strong sense of belonging to the major ethnic (native) group of the country of residence does not in any way exclude a strong sense of belonging to Estonia or to Estonians living in Estonia (and vice versa) – this means that many have a multicultural identity. At the level of concepts and terminology, Estonian identity abroad is changing too – there is no single, clear-cut term through which Estonians abroad wish to define themselves. Therefore, we need to be careful in using the term(s) associated with this community – be it in policy-making, politics, or the public sphere. What is more, we can also clearly see that some of the Russian-speaking Estonian population abroad see themselves as members of the Estonian community and want to get more involved in it but are afraid to do so because they are not sure if they are welcome.

Therefore, the study results suggest that a wide range of challenges need to be addressed, from simple communication of information and support for community organizations to supporting children and adults in learning Estonian and in repatriation. The main recommendations and suggestions for improving the challenges and engagement of the Estonian community living abroad are outlined in the full report (see the link above).

This study was carried out together with the Institute of Baltic Studies (IBS) and the Center for Applied Anthropology of Estonia (RAK).