Marili Milt: ‘Estoniana no Brasil’ or life as an Estonian in Brazil | Global Estonian 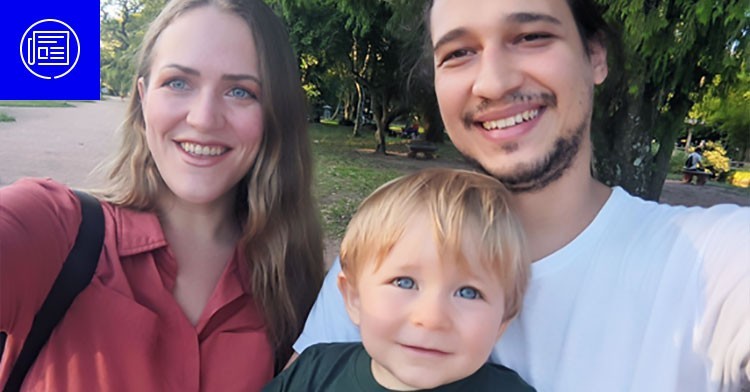 Marili Milt: ‘Estoniana no Brasil’ or life as an Estonian in Brazil

Marili Milt has been living in Porto Alegre in southern Brazil for the last seven years.

However, she has been living abroad since 2005, when she moved to Brussels with her family. After living in Belgium and England, she wanted to experience something new and interesting. The choice was between two countries – Australia and Brazil. In the end, however, she chose Brazil – a South American country with a whole new language, culture, and way of life.

Marili thinks the best option for coming to Brazil is to go to university there. She warns job-seekers that getting a job can be difficult at first, as interviews take place on the site, which is an obvious obstacle when you are living in another country.

There are other Estonians living in Brazil, she says, but because it is such a large country, compatriots often live in different parts of the country.

The most surprising thing about moving to southern Brazil was the fact that they have winter, too! When moving to South America, a warm jacket is probably not the first thing that comes to mind when packing a suitcase. The paradise beaches can be found in northern Brazil. The most popular destinations, Rio de Janeiro and São Paulo, are also further north.

However, Marili finds that southern Brazil is somewhat more similar to Europe in terms of climate and culture, and it is there that she feels safer – the hustle and bustle of the big cities can be more of a headache than a joy for some.

There are many differences between Brazil and Estonia – for example, the majority of Brazilians are extremely religious and identify as Catholics. What surprised Marili the most was how much religion plays a part in the daily lives of Brazilians. This is strongly expressed, for example, in their language, where many expressions originate from scripture. As a non-believer, it is often difficult for her to fully understand these peculiarities.

Marili also has an extremely interesting side project – a YouTube channel called Europeia no Brasil (An European in Brazil) with more than 20,000 followers. The channel was initially launched with the idea of creating videos about cultural differences between Europe and Brazil from a European perspective. However, at the request of her followers, she began to focus more on the differences between Estonia and Brazil. This is what she now focuses on. Viewers were also interested in Estonian language teaching, and currently, 30 Estonian language learning videos can be found on the channel. Interestingly, it was thanks to these language learning videos that her following started to grow.

Why are Brazilians so interested in Estonia? According to Marili, there are two main reasons for this. Firstly, Brazilians are interested in Estonia as a post-Soviet country that has achieved such widespread success and development in a really short time. They also see Estonia as much more liberal than Brazil and would like their state to be organised in the same way. The second reason is that Estonia is a very digitalised country. As a small Baltic country, we have become known as a real IT mecca, and according to Marili, there are a lot of people in Brazil who are interested in working in IT in Estonia. Marili therefore thinks that what Estonians could offer to Brazilians could be related to technology and the digital world, but also consulting services, for example on how to offer Brazilian services to Europe, etc.

All in all, Brazil is an extremely diverse and interesting country that is definitely worth exploring in one way or another!

There are as many colourful stories as there are are Estonians in the world. Read how other Estonians around the world are doing and add your own story- it can inspire an Estonian on the other side of the world!