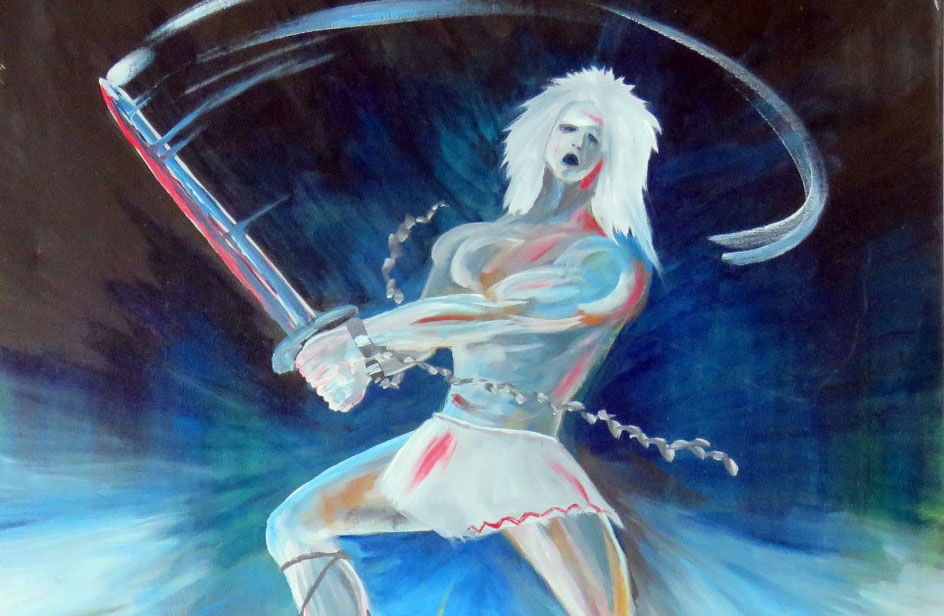 Calling all artists: send in your artwork for EKKT's Kalevipoeg Art Contest

Whether you're a professional or you haven't picked up a paintbrush in 40 years, EKKT (the Society of Estonian Artists in Toronto) is inviting you to submit your art for the 2021 Kalevipoeg Art Contest, with prizes and other exciting prospects in store for the winners of the competition.

Here are a few things to keep in mind:

The artwork has to be made this year. It can be of any size or medium. It should be photographed or scanned and sent in JPG or PDF file formats to ekktartists@gmail.com . Your submission email should also include a short biography about you and a photograph of yourself. You can send as many submissions as you wish, but bear in mind that the deadline is midnight on June 24th.

Finally, the artwork needs to relate to Friedrich Reinhold Kreutzwald's epic poem Kalevipoeg (“Kalev's Son”). As EKKT's board member Jaak Järve explains, this is a story for which “everybody has their own takeaway.”

On one hand it's a story that chronicles the life of a hero, someone who tries to lead their community for the greater good. In this sense, Järve sees similarities to the superheroes of the Marvel comic universe, an additional reason why we could still relate to the story in a modern context. It's a tale of good versus evil, which defines both sides.

At the same time, there are several parts of the epic poem that portray Kalevipoeg, the main character, in a negative light. Kalevipoeg is angry, out of control, and violent. But then again, he feels deep remorse for his actions, and is dealt punishment of sorts.

The story is grisly in an exaggerated way. Järve insists that through the events of the story, Kreutzwald shows that “Every population has their good and bad.” In this way, Järve likens Kalevipoeg to epic poems going back thousands of years, from Homer's Illiad and the Mahabharata by Krishna Dvaipāyana, through to Beowulf and King Arthur.

Speaking about the way Linda, Kalevipoeg's mother, mourns the loss of her husband in the story, Järve says, “There's so much emotion there. It ties into the suffering that the Estonian people have had to go through over the centuries. It brings out the flavour of what being Estonian is.” Indeed, part of what defines an epic poem is the way it allegorizes the history and ethos of a nation.

If someone is looking to read the fuller story before creating their work, Järve sells some Kalevipoeg books from his website Toronto Estonian Virtual Art Gallery (tevag.ca/shop).

The art contest itself took shape after Järve was asked by the board of Jõekääru Estonian Children's Camp to deliver a presentation to the camp attendees about Kalevipoeg. Being the creative person he is, he wanted to present the narrative in “an interactive, theatrical performance.” He managed to fit the content of the 20-part epic poem into a 45 minute performance. “There was not a kid left out, who didn't have a role!” he laughs merrily. The actors and audience both had a great time.

And he didn't want it to end there. After last year's EKKT gallery show at Todmorden Mills Heritage Site, the organization's leadership was thinking about future projects. Järve wanted to build on what was done before. When he saw that the Estonian Foundation of Canada had put together a writing contest, the idea of a contest with Kalevipoeg as a theme came to be. Järve thought, “What other theme has such a connection with the global Estonian world? Why don't we create a worldwide art contest to re-introduce the Kalevipoeg epic to the younger generation... We're trying to bring an interest back to our Estonian roots through this contest, with the purpose being to create interaction.” To this end, EKKT has also announced that they are planning an art workshop in late summer with the Kalevipoeg theme.

Artistically, EKKT is eager for artists to reinterpret the story in their own way. Järve continued, “Each artist brings their own creativity and their own interpretation to this story. We're not looking for somebody who's going to redo what somebody made years ago, but somebody who's going to add their interpretation and today's knowledge and understanding of the world. This is an open canvas to everybody. Have fun with this.” The story can be depicted not only through its characters but the places where action happens, and the action itself.

An EKKT committee will judge the competition and choose an adult first place winner, with a prize of 500 Canadian dollars and a one year membership to EKKT. The under-18 first place winner will receive 100 dollars. There's also a plan to print the winning designs on t-shirts, with a copyright agreement signed between the artist and EKKT. If enough submissions are received, EKKT will host a virtual gallery show, exhibiting all of the contest submissions.

In addition, EKKT encourages all Estonian schools globally to get their students involved, for a contest that they believe is a great hands-on activity to take part in before the summer break. Truly, no matter where you're at as an artist, this is something you'll want to try.